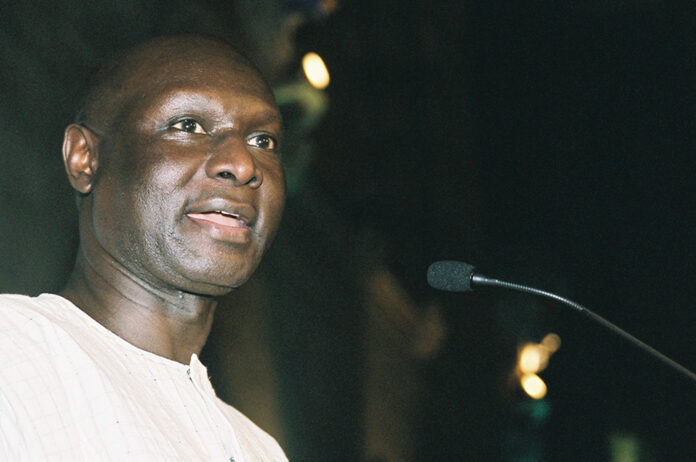 Dear editor thanks for good work I just want say some few words regarding Maruru. This double-faced man came to Arua with the late Brig. Gad Wilson Toko. The man looked very nervous even he could not smile in the meeting place.

No wonder this man was doing Museveni’s work. Even some of us wondered why General Tito Okello Lutwa had given him such job as he was from Western Uganda. We discussed it but Lutwa had wanted to bring the blood birth in the country which he paid the price.

You can remember when Toko was removed from the Nairobi peace talks of 1985. Toko had known all the tricks. He was very tough on M7, even he went to slap M7 for insisting on the useless issues.

Secondly, the fall of the Lutwa government should be attributed to the then Foreign Minister Olara Otunnu who was not happy with people from West Nile. These people even used to refuse to supply our UNLA soldiers with arms at Katonga bridge which made our boys to withdraw. It was not the defeat at all I can assure all Ugandans.

My brother was at the front line by that time. He told me all the details. He told me that they had defeated these NRA but the confusion was from Olara Otunnu which Toko himself told us in London when he was the treasurer of the West Nile Welfare Association in London. These are facts.

As today Ugandans are paying the price, Olara Otunnu should be responsible. Toko told us that Olara Otunnu thought that we wanted to bring Amin back to power which was not in our mind we just wanted to stop the madness in our beloved country only.

Comment by Radio Katwe Management:- We have had to edit Aluma’s message because it was not clear. When you are writing such important Ugandan history, Aluma and others, we request that you please take time and explain things well because many Ugandans who read Radio Katwe today were small children at that time and cannot understand this history.

For those who don’t know, Olara Otunnu was the young man who was chosen by the Military Council of General Tito Okello to become Uganda’s foreign minister after the Obote II government was overthrown in 1985. Olara Otunnu is also a cousin of the late Tito Okello.

When Tito Okello overthrew Obote, he brought back many former Uganda Army soldiers who had served under Idi Amin and who after the 1979 Liberation war had fled to Sudan and Zaire.

These are the men who came to Kampala under Major Amin Onzi and others and we used to call them the “Anyanya” but there were also some Sudanese supporting Okello’s coup.

It is also important to know that the fact that Tito Okello an Acholi could bring back Amin’s men to work alongside him shows that maybe he knew that all along Amin’s army was not so murderous as we were told. We leave history to judge this matter.

Then the story of Brig. Toko slapping Museveni is true. Actually what happened was that during the peace talks, Museveni was behaving the way General Laurent Nkunda is behaving now in Congo whereby you agree to go for peace talks as a way of consolidating your military position and getting reinforcements.

Once you have reinforced, you come out and claim that the side you are negotiating with has violated the peace terms and so you are going back to fighting. President Joseph Kabila of the DRC it seems is too inexperienced to understand the way Museveni and his stooges like Nkunda and Kagame behave during peace talks.

This tactic was also used to weaken and eventually topple President Juvenal Habyarimana’s government. Apparently, Museveni taught his boys, because that is how the RPF to become strong and eventually to take power in Kigali.

But back to Toko, he stood up at one point during the talks and walked over to where Museveni was seated and slapped him badly, shouting ?Museveni, why are you fighting your wars in Uganda when you are not even a Ugandan?

Security had to rush in and cool Toko down. President Daniel arap Moi who was presiding over the talks ordered the media?s cameras to be taken and the film of Toko slapping Museveni to be destroyed. There was a media blackout on the incident and the NRA negotiating team demanded that Toko should be removed from the Tito Okello negotiating side as a condition to remain in the talks.

That is how Toko who was from West Nile and the Vice Chairman of the Military Council left the Nairobi peace talks and when Museveni took power, Toko refused to step in Uganda for many years.

Museveni used another man with West Nile blood, Col. Kahinda Otafiire, to try and convince Toko to return, which he did in 1993. When Museveni said at Kololo airstrip in 1993 Independence Day that Ugandans should never allow to hand power to swine, Toko was seated in the VIP stand behind Museveni and sources in Arua tell us that Museveni was aiming the statement at Brig. Toko.

When you see the Acholi fighting Museveni for many years and you see Joseph Kony persisting, it is because of this bitterness which Aluma is telling us about.

The UNLA had defeated Museveni militarily and up to now it hurts Museveni to admit that. The NRA took power in 1986 not because it was strong but because there was misunderstanding within the Military Council and within the UNLA at the time.

It is like how Sheffield United can take advantage of a defensive error within Arsenal and end up scoring a surprise goal although Arsenal is normally the stronger team.

You can see that Museveni has failed to defeat Kony. The Acholi had power in their hands in 1985 and they could have held it for a long time because they are very serious soldiers and brave. But it was defensive errors which cost them power.

That is also why Museveni maintains a huge PGB to guard him. He is still disturbed by the fact that he came to power through a defensive error by the Okello junta, not because his boys with their big hips were great commanders.

He also gained the civilian support and international media support by fighting a cynical war in Luwero whereby Museveni used the NRA to massacre civilians, blame the UNLA, and turn civilians against Obote.

This is how we should understand the Maruru story and Aluma’s letter responding to it.