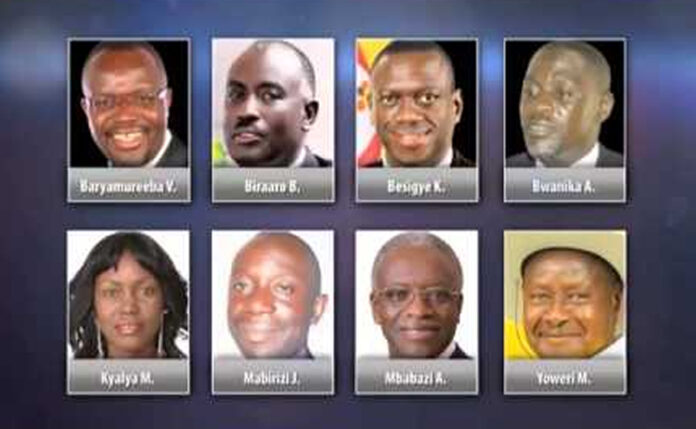 President Museveni is not a coward or he wouldn’t have gone to the bush to fight or manage to lead Uganda for 30 years. Can he therefore chicken out of a few hours’ debate with his opponents?

I pose the question because of a discussion I recently heard with a number of colleagues who despite unanimously agreeing that Uganda should hold a presidential debate this time, also collectively agreed President Museveni will never turn up for such. The other point of concern with my colleagues was who would moderate such a ‘big’ debate. But that is a matter that can be resolved.
Because of history, I am inclined to agree with my colleagues on the president not turning up. President Museveni made a no show for such a debate in 1996. Efforts to push through with the debate continue.

With one man leading the country for 30 years, Ugandans have earned the right to have those who seek to lead this beautiful pearl put on the same platform to argue out their case even if it is for formality.
It is hard to tell if a presidential debate can be a “game changer” in terms of shifting enough votes to decide the outcome of the election in a predominantly peasant society like ours, but one thing I am sure of is that it can be a bit of a field leveler even when it lasts just a few hours.

President Museveni has for the last four general elections entered the race as a big brother and emerged out as such. It would therefore be quite hard to convince him on what he would gain from engaging in such a debate, if not to be exposed and lose points to his opponents.

Collective interests should, however, override individual ones because all the candidates will be allocated the same time and a chance to deliver their message on a joint public stage, while providing an opportunity for voters to get to know the candidates mutually on an in depth level – both their personalities and their stances on the issues.

Imagine President Museveni saying, like he did at State House recently, that there will be no tight race in 2016 because Mr Amama Mbabazi and Dr Kizza Besigye have nothing to tell the people, or accuse them of telling lies. Which answers would the duo (Besigye and Mbabazi) give?
Imagine President Museveni calling Prof Barya a boy and the latter responding by calling him senile. Or, Dr Besigye looking at Mr Museveni straight in the eyes and telling him he has presided over an inept, corrupt and sectarian regime. What would Mr Mbabazi tell Ugandans about a man until recently he has been strategising with about “going forward?”

The Forum for Democratic Change gave us a glimpse of what a presidential debate would be like, by pitting Dr Kizza Besigye against Gen Mugisha Muntu in the race for the party’s flag bearer.
The ‘real’ debate perhaps was the February 2011 Kampala Mayoral debate, which was the first ever live debate between candidates for a political office broadcast on television, radio and live-streamed on the internet in Uganda. It was nice seeing mayoral aspirants squaring it up in the “ring”.

There are hopes that we could have a presidential candidates’ debate in January. The Inter Religious Council of Uganda in August said it had secured commitment from some of the candidates. Our neighbours in Kenya have done it without an incumbent running for office, we can go a notch higher by doing it with the incumbent also in the ring.
If this happens, I will applaud the candidates by running down the streets of Kampala in Adam’s suit.