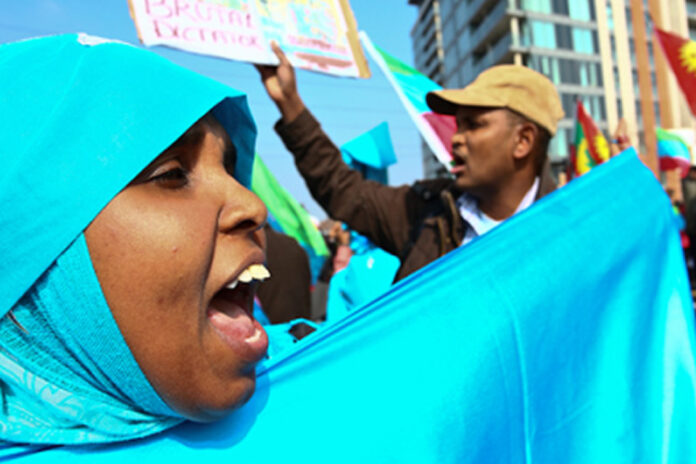 When I finished reading “The dramatic collapse of Paul Kagame’s image” on the Uganda Record, several things rushed to my mind.

One of them is how dictators like Paul Kagame manage to fool internationally acclaimed journalists and academicians by posturing themselves as liberators and democrats or as one who takes their country in the right path of development and stability.

Although I haven’t had the chance to listen to the programme, I heard a repetitive advert on BBC recently about a programme that was to be aired in which some renowned international figures admitted as to how they were fooled by dictators so that they draw a rosy picture for them on global media.

One described herself as “a useful idiot” after detailing how she was taken on a tour to see so-called development projects. Of course, the Western “development partners” and donors pretend to be fooled for the most part since we Africans are not expected to achieve good governance with the speed that the Westerns did it.

On the other hand, they really get fooled since a considerable number of them are more gullible than us as expounded by one of their own, Michael Moore, in his Stupid White Men.

For those who may think that Moore’s approach is hyperbolic for the mere purpose of sensationalism, I refer them to check the story of Ahmed Chalabi, an Iraqi man who was instrumental among other things in dragging the Bush administration into the Iraqi quagmire.

Chalabi’s artistry in conning Washington, in fact, inspired one journalist called Aram Roston to publish a book about it under the title The Man who pushed America into War.

Coming back to Kagame’s crumbling image as a saviour of victims of ethnic cleansing brings me to focus my attention on his counterparts ranging from the Great Lakes region to the Horn of Africa.

Meles Zenawi of Ethiopia who originally styled himself as a liberator of a minority ethnic group called Tigre by heading TPLF (Tigray People Liberation Front) has almost the same history in his political background.

Just as Paul Kagame was a protégé of Yoweri Kaguta Museveni, so was Zenawi of Issias Afeworki of Eritrea. The ruthless modus operandi that has been instrumental in catapulting TPLF to power still maintains it with Meles Zenawi at its pinnacle.

According to Gebremedhin Araya, a former member of TPLF and on whose testimony Martin Plaut of the BBC investigated and exposed the diversion of aid money by TPLF for purchase of weapons, TPLF planted a disinformation in the backyard of the intelligence service of the military regime which made it look like that certain influential Tigrayans who refused to endorse its flirtation with EPLF (Eritrean People Liberation Front) are its members wherefore they were liquidated in the height of “Red terror vs. White terror”era.

When TPLF was unable to recruit as more Tigrayan peasants as possible, it came up with a diabolical deception that made the military regime play right into its hand. Around 1988, TPLF created the impression of deploying its huge force in a hamlet called Howzen.

Every Thursday, an open market takes place in Howzen where people from different corners of Tigray congregate in the open market.

A double agent called Hailu Santim (Santim is a nickname which means coin/spread disinformation that an important mass gathering of TPLF members takes place on Thursday whereupon Dergue/Military regime) ordered for the carpet bombing of the hamlet.

Meanwhile,still according to Gebremedhin, three video camera men, Tekelwoyn Fesseha, Surafel Mengistab and Eyassu Berhe, trained earlier in Sudan for this purpose, filmed the carnage from a vantage point footage by footage with the benefit of a foreknowledge.

The Western media that were looking for more excuses to paint the Mengistu Hailemariam regime blacker than it was because of its alliance with the Soviet Union during the cold war gave credence to the gruesome film unquestioningly thereby helping TPLF to succeed in generating mass hysteria.

Recently, it has been confirmed by Justice Ferehiwot Samuel, chairman of Inquiry commission that in the wake of the 2005 election debacle, agent provocateurs of the Meles Zenawi regime deliberately shot a couple of riot policemen from behind to rouse the police anger on civilians in the mistaken belief that their comrades had been shot by the unarmed civilians in which over 200 of them were massacred.

A grenade had also been thrown from a private property compound on the riot police who were allegedly scouring trouble spots.

The private property, from which the grenade was thrown, according to Justice Ferehiwot again, belonged to an elderly lady whose daughter was a minister for education as well as a staunch supporter of the regime for which reason a bodyguard was assigned to it round the clock.

Meles Zenawi did not only try to thwart the Inquiry Commission’s report but attempted to silence his own handpicked members of the Commission whereby they sought refuge elsewhere in the nick of time. That was Meles Zenawi’s record abridged reluctantly for the purpose of this site.

When one delves into Uganda’s Yoweri Museveni’s past and present history, one sadly comes up with almost the same scenario. One gets to hear persistent allegations about Luwero triangle massacre in which Museveni’s side impersonated Obote’s soldiers and killed scores of civilians to discredit Obote’s regime.

Indeed, on top of Museveni’s 1969 thesis at Dar-es-Salaam whereby he advocated violence as a means in political struggle along with his old picture printed in the East African Telegraph in April 2007 wherein he appeared to give guideline to gun touting kids, one tends to conclude that the people of the Great Lakes region and the Horn of Africa share the same problem that makes them united in misery.

How Kagame reacts in negativism

About to wrap up this piece, I heard on BBC Network Africa that UN decided to “postpone” the publication of the leaked draft that details the grizzly massacre of Hutus allegedly by the Tutsi dominated Rwandan army in the DR Congo.

Immediately, I sent SMS to BBC saying “Until the new breed African rulers like Kagame, Zenawi and Museveni run counter to the interest of the West like Afeworki of Eritrea, they’re untouchables. So, no surprise on UN’s backtracking on Rwanda.”

Unfortunately, the supposedly independent BBC decided to “postpone” my SMS and instead aired another text message that sounded like music to Paul Kagame.

Anyway, the damage has already been done.Kagame’s image has irredeemably been dented. Therefore Kagame is still smarting from it like a wounded animal. As enumerated by Timothy Kalyegira, editor of this website, Kagame has shown his true colours by reacting against those who dare question him irrespective of who they were.

On top of declaring foreigners persona non grata, he had even the cheek to jail an American lawyer representing Victoire Ingabire, a female opposition figure prevented from contesting Kagame in the recently held election whereby he claimed victory with over 90 percent of the vote, just like his counterpart Meles Zenawi who incidentally prevented a formidable lady opposition figure named Birtukan Mideksa from contesting by incarcerating her.

If Red Pepper, a Ugandan tabloid was barred from entering Rwanda, then one can be dead sure that Uganda Record will also be blocked in Rwanda. If Kagame hasn’t yet discovered the trick on blocking unwanted websites Meles Zenawi is happy to share his experience by referring him to the Chinese who would always do it for a “reasonable” consideration.

I would like to conclude by acknowledging that Kagame and Zenawi succeeded in building skyscrapers, constructing flyovers including beautiful flower beds notwithstanding that their subjects are kept away from their own bed due to their iron-fisted rule.

The writer is an Ethiopian refugee living in Uganda. kiflu.hussain08@gmail.com

End of Search for Joseph Kony is a Blow for Victims