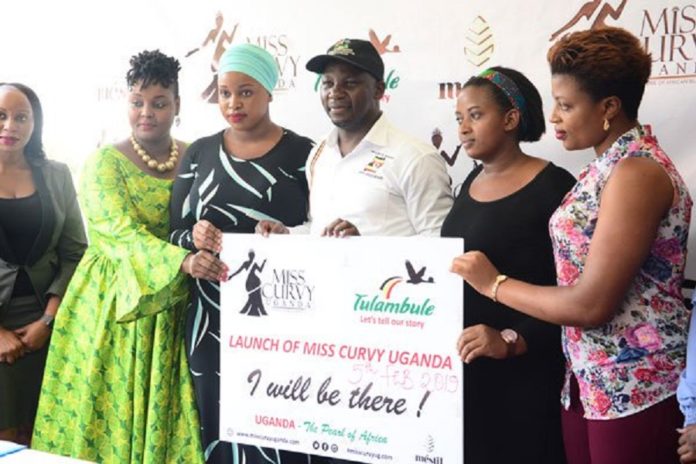 Godfrey Kiwanda, Uganda’s state minister for tourism, is the man of the moment. It doesn’t matter whether we agree or disagree with his latest scheme – the controversial Miss Curvy Uganda Beauty contest that has cast him in the spotlight both locally and internationally.

The backlash that has bedeviled Mr Kiwanda since he officially launched the beauty contest on Tuesday has garnered Uganda’s tourism sector invaluable publicity in a wide medley of media channels in and outside the country – a feat that would have cost Uganda a great deal of money to achieve.

See, over the past few years, Uganda’s tourism industry has enjoyed exponential growth, attracting millions of visitors and billions of their cash. In fact, tourism is currently Uganda’s biggest foreign exchange earner, raking in more than $1 billion every year.

So, despite the angry rebuke from some women’s rights activists, Mr Kiwanda launched the beauty contest with a more genuine intention: to keep interest in visiting Uganda strong.

According to Mr Kiwanda, the country’s tourism industry is facing stiff competition from neighbouring countries, and thus the need to diversify.

“Tourism is not just about animals, it’s about our food, the way we walk, the way we were created, our curves,” he said during the launch of the pageant in Kampala, Uganda’s capital.

“We have naturally endowed, nice-looking women that are amazing to look at. Why don’t we use these people as a strategy to promote our tourism industry,” Mr Kiwanda added – much to the chagrin of women’s rights activists, who quickly called for the Miss Curvy Uganda beauty contest to be canceled, arguing that objectifying women’s bodies in the name of promoting tourism was a gross insult to Ugandan women and girls.

One of those women who strongly condemned Mr Kiwanda’s scheme was Rita Aciro, the executive director of the Uganda Women’s Network who immediately demanded that Mr Kiwanda apologises to Ugandan women.

The event’s chief organiser, Ann Mungoma, tried to defend the pageant, saying, “Miss Curvy is an event that will bring out the endowment of the real African woman. It is an exceptional event that will see young ladies showcase their beautiful curves and intellect.”

But Ms Mungoma’s polite explanation doesn’t seem to have helped, as she and Mr Kiwanda have now been dragged by Gideon Tugume, the executive director of Human Rights Defenders Uganda, to Mengo Magistrates Court. Mr tugume wants the contest to be stopped because, in his own words, it’s “discriminative, degrading and shameful to the country’s culture and heritage.”

But whether the Miss Curvy contest is canceled or not, it has already achieved its goal of promoting Uganda’s tourism across the globe, and Mr Kiwanda should be a happy man.