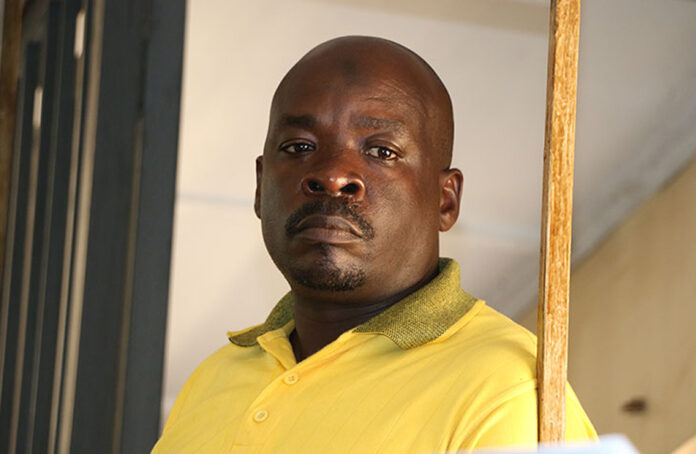 Tamale Mirundi, the immediate former spokesman of President Museveni, was photographed a few months ago brandishing a hammer and threatening to harm citizens who opposed the lifting of the age limits for the presidency. At the same function, Minister Without Portfolio Hajj Abdul Nadduli advised whoever wanted to take power from Museveni to go to the bush like Museveni did, ruling out any possibility of Museveni handing over power to anyone out of civil political competition or as a result of the dictates of our Constitution.

But at that function at a location in Rubaga, Kampala, it was clear that the man who wielded the real power was Abdullah Kitatta, the head of the paramilitary Boda Boda 2010, a group we all knew to be criminal but had learnt to live with. There was nothing one could do about it.

So when Kitatta finally spoke, he sounded more authoritative and sure of what he was saying than Mirundi and Nadduli. Kitatta said that there would be no demonstrations against the lifting of the age limits in Kampala. Period. To him, it did not matter whether people who would be aggrieved by the process of lifting the age limits or anything else felt they had a constitutional right to peacefully demonstrate against it. He would not allow it. And that was final. Kitatta had the power to stop it.

Apart from what has always been said about Kitatta’s power, I had had the opportunity to test it first-hand. An old man, Dr Wajja, who accuses Kitatta of grabbing his land, had invited me to see the contested land at Nakasajja near Gayaza. As we stood by with the old man’s son, Yusuf Sserunkuuma, two hungry-looking policemen arrived from Nakasajja police post. They had guns, ready for battle. They were not in the mood for conversations and ordered us on to one of the motorcycles, and off we were to the police post.

At the police post we met their OC, one Kasada, who said he would charge us with “criminal tresspass”. He required us to write statements. I told him before I did that, I had to call the Monitor lawyer for advice. My colleague also needed to call his lawyer. To Kasadha this was wasting time. He explained to me that Hajj (that is what they call Kitatta) is “a tough and impatient man” who didn’t want to waste time.

The policeman didn’t understand how I could still afford a smile when I was in deep trouble with Hajj. I asked him whether Hajj was a police commander or something, otherwise why would he be so scared of him! “You don’t know what you are talking about,” Kasadha retorted.

After about two hours of ping pong, Kitatta, who we were told was busy elsewhere, sent someone driving an SUV with instructions to take us to Naggalama police station. Kasadha was most relieved to wash his hands of our case.

At Naggalama, the OC CID explained to me that the case involving the disputed land had already been reported there and before walking to the site I should have gone to him first. He said Hajj had called him and he was most aggrieved by my going to his land, next to which he was raising a palatial home. The OC CID told me Hajj had said he would be passing by and if he did, the policeman pleaded with me, “please be humble because Hajj gets easily angered and can cause trouble here.”

I later asked another policeman at Naggalama why his boss was very bothered about Kitatta. The policeman told me that if Kitatta willed it, the OC CID would be recalled from Naggalama that very evening. It all then made sense. When I next spoke with the OC CID, I asked him to let me speak with Hajj on phone. He declined the request, but said that if Hajj didn’t arrive in the next 30 minutes, he would contact him and plead that we get released. He left us in his office and returned after an hour to tell us to go home. He also pleaded with us not to pass anywhere near the disputed plot. He also ensured that the pictures I had taken were deleted, although technology now allows for deleted pictures to be retrieved.

Before that experience, I had of course listened to many accounts of how powerful Kitatta was within the police establishment, and how close he was to police boss Kale Kayihura. Kitatta had also used every opportunity to demonstrate how close he was to President Museveni, and at one point claimed that he needed no appointment if he wanted to see the President.

We have reported for a while now about how Kitatta has organised his paramilitary group to break up activities organised by the Opposition. It is an achievement he is very proud of. Kitatta also claims to be the NRM chairman for Rubaga, giving him an excuse to participate in political activities, even though his contribution to Museveni’s re-election is not very well documented.

Having done all that for the Establishment, especially having helped to illegally break up demonstrations on a number of occasions, Kitatta was perhaps right to feel entitled in a special way. He was probably free to imagine that he was free to also amass wealth regardless of how he did it. If one or two people lost their lives in the process, Kitatta would perhaps still be within his rights to imagine that his positive contribution would still be greater than his ills.

If Kitatta ends up facing the full weight of the law, he will perhaps complain and feel used.