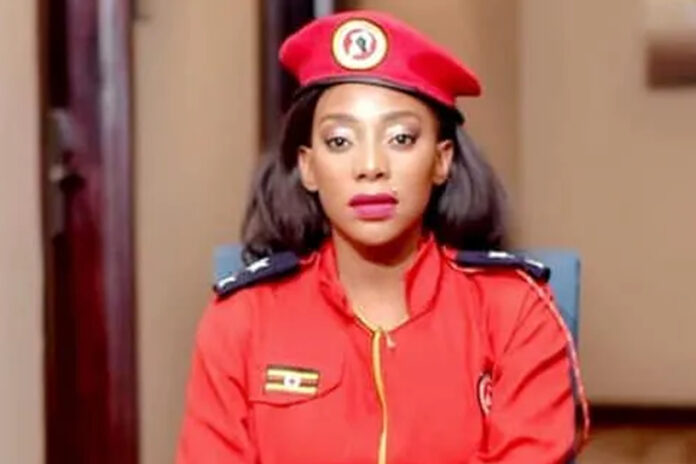 Socialite Shanita Namuyimbwa a.k.a Bad Black is a proverbial chameleon that changes colour in a matter of seconds.

Days after she swore her allegiance to the ruling National Resistance Movement (NRM) party after landing a windfall of money, she has retraced her roots and defected back to People Power movement.

Clad in the People Power trademark all-red attire with the red-beret, Bad Black posed for photos which she shared across her social media platforms on Monday morning.

“I normally don’t explain myself. It’s my life and free freedom to support what I want,: she wrote.

Bad Black also painted her social media red, changing the profile pictures and cover photos of her Facebook account and replacing them with photos of her wearing the red-beret – a symbol attached to People Power supporters.

Her defection to People Power was greeted with applause by supporters. They told her to eat as much as she wants from the ruling party but have People Power at heart.   She joins at a time when the People power supporters are embroiled in a social media battle with socialite Zari Hassan who questioned the leadership credentials of Bobi Wine.