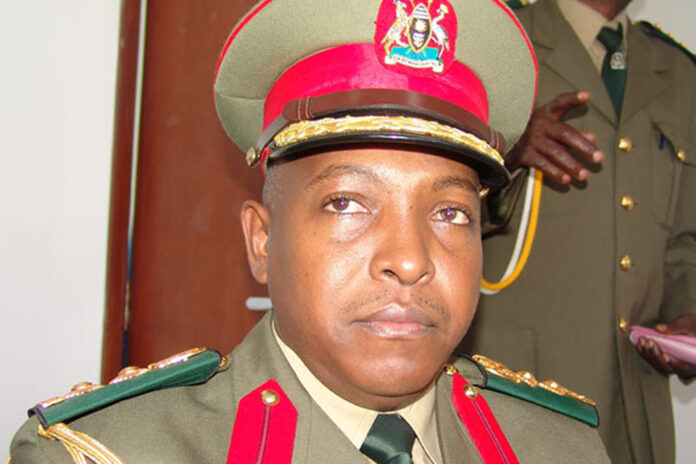 Noble Mayombo just won’t die. May be this was to be his campaign trail – and not President Museveni, Kizza Besigye or Amama Mbabazi’s?
Somehow, the late Mayombo made Ugandans believe he would one day be a presidential candidate. And yesterday, Tooro ushered him back into the campaign.
However, the dead man’s dream was well captured by the probing question to Amama Mbabazi while in Fort Portal, to come out clean on the death of the former darling and favourite son of Tooro sub region.

In 1990, there was a rare Makerere guild race. It pitied two young men with same initials; NM. Norbert Mao and Noble Mayombo. Mao won it. However Mayombo promised himself to beat Mao at a more important presidency.
The two young men would become friends, and shared many things in common.
Among the things they shared was the fact that they were both politically conscious law students in the same class. They would both go to Parliament in their early years, making an impression on the House with their debating skills, and sharp intellect. They were both humorous in their presentation styles.
May be, that is why analysts and commentators also concluded that the ambitious young men would one day face off for the highest office in the land.

The script has however been different. Very different.
Mao, a “democrat” has lived part of his dream – only that he is yet to realize the dream of becoming president. He is however president of his party, DP.
He has contested once for president and lost to Mayombo’s former boss, Yoweri Museveni.
One would say, Mao either reach out into the future too early, or, actually, Museveni who should have retired a decade ago, is eating into the future of the Mao’s of this country by remaining president till now.

Either way, Mao’s time (the politicians in their 40s and 50s) is running out as Museveni overstretches his rule. If he wins this one, he will possibly clock 35 years in power – the ripe age the constitution of Uganda allows anyone to stand for president.
If Museveni stands in 2021, he will possibly run again a candidate who was born the day he took power on January 26, 1986.

Back to Mayombo, he went ahead of his time. Like his former boss Aronda who died recently, Mayombo was very health until he got this attack that sent him to hospital. The presidential plane airlifted him to Nairobi. However, on May 1, 2007, he breathed his last at Nairobi hospital. He had suffered multiple organ failures.
Many people have weighed in saying the “military man” Mayombo lived by the sword, and died by it. He was feared poisoned.
President Museveni instituted a probe into the cause of his death, but like all investigations in Uganda, none ever it never saw light of day.

And that is what Mbabazi referred to when he was questioned in Fort Portal about what he knows about Mayombo’s death. He referred to the investigations that never came to be – and he asked the commander in chief to instead reveal the findings of the investigation.
Mayombo died at the rank of brigadier. He was the Ministry of Defence Permanent secretary, and sat on several boards, including that of New Vision, a government mouthpiece.
In his short life, Mayombo was a fast rising star.

He was adored by many people, and of course, hated in equal measure, especially by human rights activists and his victims who believed under his stewardship at the Chieftaincy of Military Intelligence, he masterminded what can be likened to a reign of terror, around the time Kizza Besigye bitterly fell out with his boss President Museveni and declared a presidential bid. Amama Mbabazi would accuse Besigye of jumping the queue, as Mayombo unleased terror on Besigye’s supporters.
Whoever is in the queue has remained Mbabazi’s secret till today, but, the talk that Mayombo’s fast rising star threatened many people eyeing the top seat, was a public secret. It was made worse by Mayombo and Mao kept reminding each other whenever they met in political forums that they would face off again one day.

Mayombo’s constant visibility in public life, and exposure to various sensitive assignments could have exposed him to enemy fire. He died aged 42. This year, he would be 50. Possibly, he would be a full general. Or, he could have fallen out with his boss, like the rest of peers such as Gen David Sejusa.
May be his political consciousness could have landed him in trouble with his bosses like has been the case with Museveni’s blue-eyed boys such as Amama Mbabazi. May be he would have been the one to give the incumbent confidence to leave power to someone he trusted like Mayombo.

The truth is; eight years after his death, anything said of Mayombo is “speculative”. It does not bring back a dead man. However, his children, wife, family, community, nation, and all stakeholders, need to know what killed him. What was the motive? And if Mayombo had lived, how would he have shaped Uganda differently? Would he bury his ambition to be president? When and only when those questions are answered, would Noble Mayombo rest in eternal peace. For now, he is a poster boy of the dreams Ugandans have not realized over the years.