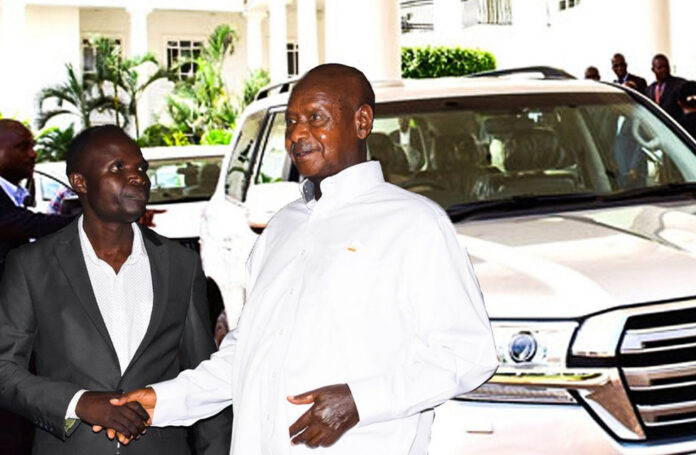 Just 24 hours after dropping a campaign song for president Museveni, singer Ronald Mayinja has confessed his undying love for the head of state.

Mayinja says he’s going to support Museveni in 2021 because he has done a lot of good things for Uganda.

“I will vote for him until 2040. He’s got the vision for this country. He’s the only man who can lead Uganda to prosperity and transform the lives of the citizens,” Mayinja said before launching an attack at his former NUP camp who he described as hooligans and ganja people that have no knowledge about leadership.

According to Mayinja, NUP is a bunch of noise makers who cannot add any value to the progress of Uganda. “NUP just makes noise and kills innocent people. They are actually more dangerous than Museveni,” Mayinja says.

He adds, “They don’t deserve any leadership position in Uganda. They are very confused and tough so murderous to manage the affairs of this country. They are very harsh and intolerant. Don’t vote for them. We need our country under good people. Museveni is the answer to Uganda’s problems.”

For long Mayinja has been rumored to be sharing a bed with the ruling NRM party. It was reported that he was paid over Shs300 million plus a V8 Landcruiser to cross from NUP to NRM.

While at NUP, the singer vied to stand for Member of Parliament in Gomba District. However, in an interview  last week, he said that he abandoned the MP race due to failure to raise Shs700 million for campaigns.