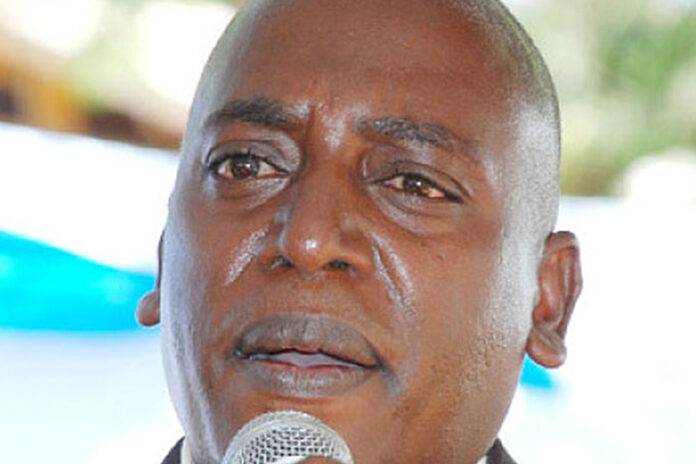 The opposition members of Parliament have put the speaker Rebecca Kadaga on notice of likelihoods on another showdown during debate of the controversial construction amendment bill.

The MP’s are currently in their respective constituencies collecting views on the proposed constitution amendment bill which seeks among other things to lift presidential age limit.
Joseph Gonzaga Ssewungu, Mp for Kalungu West and DP chief whip threatens of another showdown on Parliament’s floor over bill he says is not popular.

While addressing his consultation meeting at Bulwadda trading centre in Kyamulibwa Sub county on Thursday, Ssewungu blasted the NRM MP’s for what he described as pedaling lies in support of the bill.

“What happened earlier was minor, the speaker should get ready for more bitter we are going to wedge during debate of this foolish bill,” he noted.

Ssewungu noted that they are highly disappointed with the manner under which their NRM counterparts are conducting consultations.

“If you were sent to seek people’s views, why then should someone moreover a leader lock himself in a room with a few agents to falsify a decision on such a important debates ?” He asked.

Residents in Bulwadda village, Kalungu District line up in solidarity with the move to defend the constitution.

Ssewungu threatened that all those opposed to bill will not accept the supporting side present the “sham decisions” as a representation of majority electorates.

Early this week, the Agriculture senior minister Vincent Ssempijja the MP for Kalungu East and Aisha Ssekindi, the district Woman MP also convened their meeting in Kalungu town council and accordingly the attendants accented to the bill.

According to Ssekindi, the district is currently up to realising tangible development other than devisive politics of the opposition, hence the reason they want president Museveni back in 2021.

Ssewungu however asked voters in Kalungu district to storm venues of NRM’s closed consultation meeting and forcefully present their views.

Ssewungu accordingly took his electorates in a voted whose results at all the three rallies was overwhelmingly against the bill.

Earlier last week, the Masaka Municipality MP Mathias Mpuuga assures his constituents as they will fight on to defend the construction against amendments he describes as unnecessary.