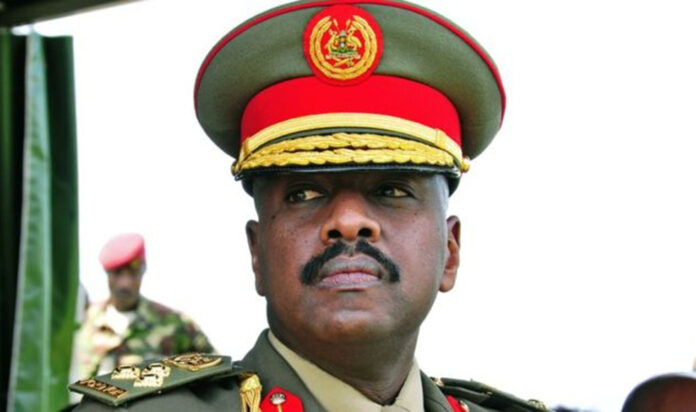 The Senior Presidential Adviser for Special Operations, who always calls Bobi Wine his younger brother warned the NUP principal that even though he tries to dress like a soldier, it will not save him from defeat in the polls.

“Oh dear! Kabobi kangye! Why is he dressed in red from neck to toe? Trying to be a soldier with absolutely no training. Someone tell this young brother of mine that we are going to beat him very badly in the polls!” Lt. Gen. Muhoozi tweeted.

Mwenda said, “This afternoon, police without firing a shot or tear gas, arrested @HEBobiwine hooligans who had gone to Kalangala to cause mayhem. BW was flown on a helicopter to Kololo airstrip and escorted to his residence without incident. Thank you Paul Lokech, police is working well now,”

The tweet elicited several responses on on social media.