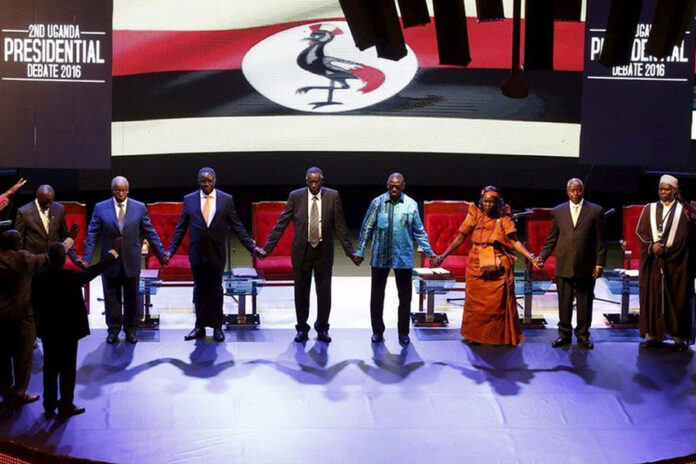 Sgt Simon Mawadri opens the car door for former premier and presidential candidate Amama Mbabazi recently. It is the big cars, body guards, and other such perks that interest our eight-year-old daughter to stand for presidency someday. File photo

A few days ago, our eight-year-old declared that she would stand for presidency someday. I was both impressed and delighted. Impressed because she really reads up on the news and is rather informed, and delighted because she has big ambitions. The campaigns have obviously interested her. I thought she probably wanted to be president so she can be in charge of something big or get the respect and admiration that comes with being the leader of the land.

When however I asked why she had that ambition, her answer made me laugh. It is the big cars, body guards, and other such perks that interest her. She believes also that the president must have a really big swimming pool at his home, good hotel-like food every evening and a huge bed. When I told her that while he might have all those good things, he has quite a bit of work to do (like ensuring the hospitals have enough doctors and medicine, and making sure all the children can go to school), she was not so sure she wanted to be president anymore.

Later, as I mulled over our chat, I wondered if I should be worried that the main thing she wanted from being president is the perks, and not to lead people to a better future. Of course I should not burden an eight-year-old, asking her to think about such heavy stuff. Besides, she is a thoughtful and kind person if I may say so. But it also makes you wonder what kind of example our leaders are setting for the children. During just the first week of campaigns, they have said ill things about their fellow candidates. Does this not teach our children it is okay, or even necessary to insult each other? Doesn’t this make our children think the best leader is the one who can come up with the most derogatory terms? Should we be surprised if the children start using some of these terms in school and at home?

There is also the matter of making promises, some really outrageous or not well thought out before crowds of people. Some of the adults, we hope, will realise that the candidates will do anything to woo them. But the children might not. Having seen the “almost cult status” candidates like Kizza Besigye, Amama Mbabazi and the president have, in different parts of the country, they will be spell-bound and believe whatever comes out of their mouths. Again, that is not something we want our children to learn. We want them to know that a leader must keep his word. He must promise what is possible and that will lead to the most gain and least harm. She must be willing to accept her mistakes and apologise sincerely for them. He must put his country and people before himself. She must be willing to recognise other leaders in her midst and appreciate them.
So while it is probably too late to ask, I shall still hope that our candidates will remember their children and grandchildren are watching, and so they should set the example they want them to be.