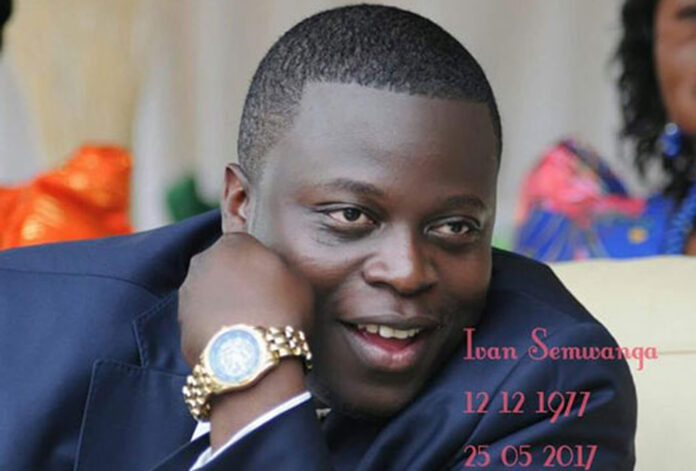 By the time of his death, Ivan Semwanga had been a father, a friend, a business partner and a philanthropist.

Much as everyone knew him as a proud socialite who lived a luxurious life, Ivan has been a father of three boys who are mothered by Zari Hassan, a socialite and failed musician- Yes anyone knows a few hits from her?!!

While everyone is concerned about his death, I wonder what next for his children. There are reports that both his parents are deceased and very little is known about his relatives elsewhere. To make matters worse, Zari (the only mother to his known children) is busy “swinging saucepan” for Tanzanian artiste, Diamond Platinumz, well cut the hope …she is happily married in her own way and has since put to bed two children to seal the whole ‘deal’.

It is possible that Zari can ask the children to move in with her and Platinumz, or she can move out- then in with them to manage the businesses of the deceased.

To Zari, Ivan was her first love (note that this differs from first cut), a father to her children and at the same time a business partner. Her being at his bedside during the time he was trying to snatch some air may not be related to this, but one thing I’m certain about is that she has lost someone dear to her life. Despite being in a relationship with Diamond, Ivan Ssemwanga always came first in Zari’s life whether private or public. They were traditionally married in 2011.

Witnesses at the function still have the entire event stuck in their heads as it was a show of financial muscle.

He took four trucks of Friesian cows, 300 heads of cattle, 30 goats, four cars that included the bride’s H2 Hummer, a Volkswagen for the bride’s brother, a Toyota Spacio for the bride’s mother and an Isuzu pick-up truck for the bride’s father. In addition, the groom also presented 25 bags of sugar (It was not as expensive then as it is now) and other gifts.

Allow me whisper this to you- There were no divorce papers signed!! So Zari is technically a widow, you may stubbornly decide to call her an ex-widow if you like.

A friend and business partner

Whenever the name Ivan Semwanga popped up, Eddy Cheune and King Lawrence also appeared somewhere and this is because they were business partners. The three had started the ‘Rich Gang’, who used to hold end of year parties at different hang out places in Uganda. It is said that besides splashing money here and there on several events, the three had businesses they were running down in South Africa. With Ivan gone, we are not yet sure what is going to remain of Rich Gang because he was the brain and backbone of the group.

Other sources say that it’s his money that was being spent, he was that generous that he allowed hands in his money sack even at throwing opportunities.

Among the charity homes that benefited from the late; was M-Lisada, which he visited along with Eddy Cheune a couple of months back when he came around. Over 50 children benefited from his visit after he donated goods worth millions. He gave them sacks of food, drinks and other items for their daily survival. Besides that, he also gave the kids some money to buy themselves whatever they needed.

Other people who benefited from Ivan Ssemwanga

First on the list are the different night spots that Ivan used to hold parties. I’m speaking of clubs like; Liquid silk, Guvnor among others. He used to book these places for his parties and they would make lots of money on entrance and through drinks and eats.

Then the different media personalities he used to tip. On every occasion Ivan and his team would be in Uganda, certain people would have itchy hands because they would be guaranteed some money. Some even managed to be on his media team. He would pay not less than 100k (These are about 15 Kgs of fine sugar).

Then the different patrons who would benefit from the money Semwanga used to throw around in bars. People would attend such parties not that they would be interested in seeing the rich socialites but because they wanted to pour on the flow when money started raining from Ivan’s cloud.