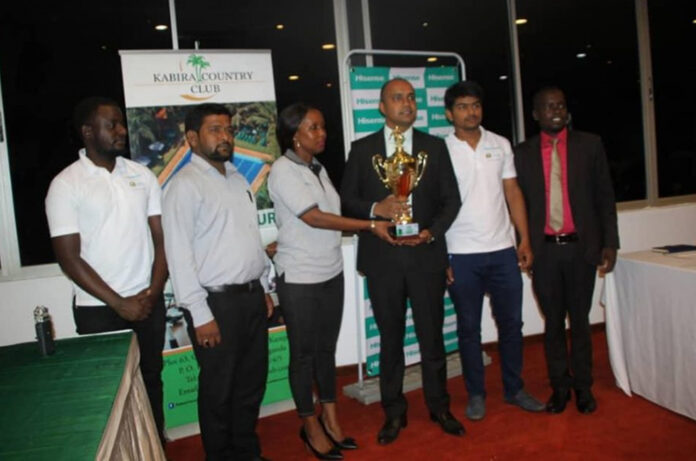 KAMPALA: This weekend, all roads lead to Bukoto for the Kabira country club football tournament that is slated to take place on Sunday March 31, 2019.

The draws were conducted last Friday at Kabira Country Club where 20 teams (one  yet to be confirmed) will participate in this year’s edition as they will play in four groups of six players each.

The six a side tournament is aimed at promoting fitness and close cooperation among cooperate companies. Any company can participate in this tournament however licensed players are not eligible.

The general manager Rakesh Hurrychurn says this year’s edition is going to be exciting.

“Every year we are planning to make the tournament better, we have to make a land mark. The second edition is going to be exciting and very organized compared to the inaugural tournament last year.”

The winner of this year’s edition will take home a trophy, medals and One Million Shillings while those in second and third position will take Shs500,000 and Shs300,000 respectively.

Prozone are the defending champions having defeated Victoria University 1-0 in the final last year.