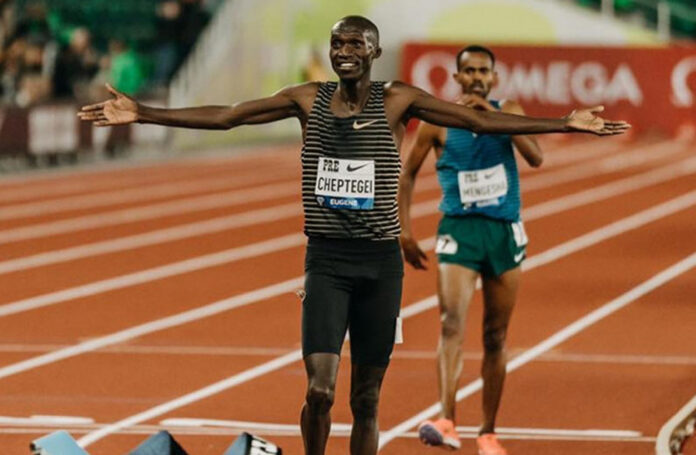 Joshua Cheptegei has won the men’s 5000m on day one of the Prefontaine classic Eugene Diamond league (DL).

Cheptegei, the Ugandan athletic finished in with the most front position in 12 minutes and 57.99 seconds at the Hayward Field, Eugene United States.

The athlete had to challenge his own set record, but didn’t break any.

Cheptegei in the space of one month will be on the same venue to attempt another world record of 10000m title during the Oregon World Championship, come July 2022.

In 2020, he collected three WRs including those of his idol Ethiopian Kenenisa Bekele over the 5000m at the Monaco DL in France and that of the 10000m in Valencia, Spain.

After winning 10000m silver and 5000m gold at the Tokyo 2020 Olympics, Cheptegei wrapped up his business on track by winning the two-mile run at the Eugene last August.