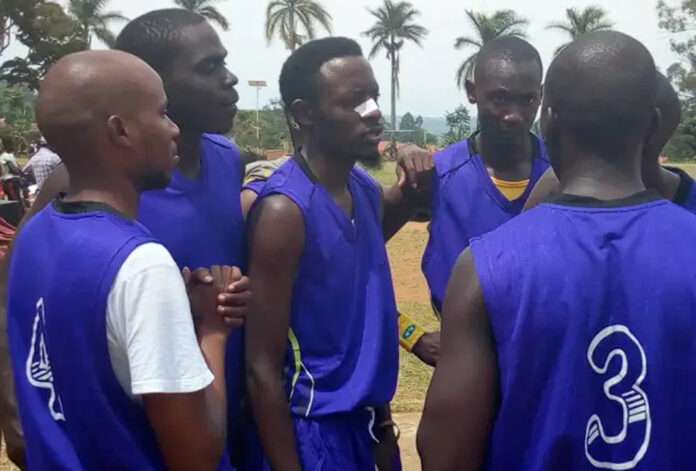 The event dubbed 5 ON 5 was held at Kimaanya basketball court attracting dozens of fans.
It was organized in honor of Late Fr. Leo Bourque, a Catholic priest who spearheaded the promotion of basketball game in the greater Masaka.

For over years and until this day, big teams mainly MRU and Salama shield have greatly played with the right spirit but failed to put up good results on the scores board to win their number one rival LBBT.

Although other teams failed take the trophy they were commended for their glaring and spirited performance that inspired upcoming players.

They exhibited true talent and provided critical support during quite chancy moments.
“We based our game on teamwork. Ball passing, excellent execution on fast breaks and falling back solidify our defense. Thanks to the team, job well done.” Said Lugemwa, the LBBT captain.

Angulu and Owori attribute their great performance to hard work and persistence.
Veteran players and different sports figures present looked at the gala as one avenue to promote regional basketball games.

Winston Ngabirano, one of the referees, said there were some funny moments and unbelievable memories that will remain for some time.
“We awarded many free throws but very few yielded points. Also some players got injured during a rough episode of rival teams.” He recounted.

The gala draw multitudes of fans but the organizers said the number of players and fans may double next time, given enough funds to hype the event.
Fr. Bourque built standard basketball courts at Kimanya and Bukalasa seminary.